Jesper Koch was born and raised in South Jutland. He cannot recall ever not being passionate about or interested in food. Because good produce, ingredients, the craft of cookery and its traditions have always been part of his everyday life.

Jesper’s grandmother was a phenomenal cook. In her own cosy kitchen, she cooked the fish Jesper caught in Genner Bay. When the first fresh vegetables of summer arrived, she and Jesper would make Snysk, which, in keeping with tradition, is served with smoked pork. Smoky flavour is also an element of Jesper’s favourite dish Skrædderduels, as well as many other regional South Jutland dishes. When the region was ceded to Prussia after the Second Schleswig War in 1864, German butchers settled here bringing with them proud sausage-making and smoked-food traditions. This rubbed off on the local cuisine. This was also the era when the renowned pastry buffet of South Jutland emerged, and Jesper’s grandmother truly mastered the art of baking, too. Nuts and berries from former fringe areas, once grazed by medieval village cattle, as well as the fruits of the garden and orchard were transformed into sumptuous cakes, pastries and desserts in varieties only found in an authentic South Jutland pastry buffet.

In fact, there is no single right recipe in South Jutland: the only “right” recipe is one that a family has passed down from one generation to the next. This was also the case with Jesper’s family, and before he was even old enough to peer over a kitchen counter, their traditions were on their way to the next generation. 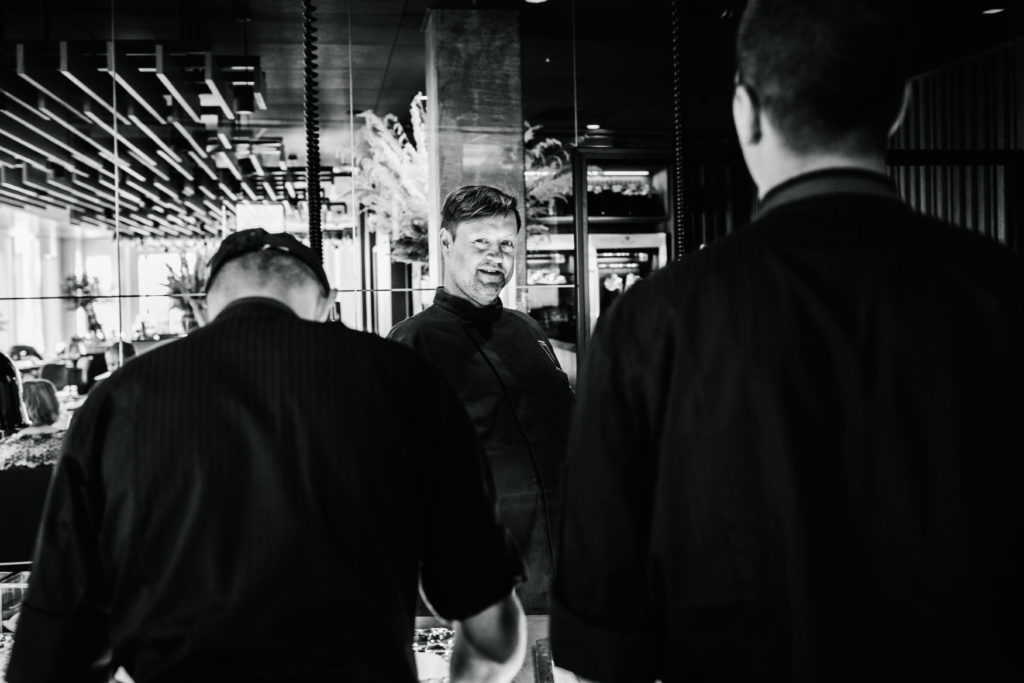 Syttende is Jesper Koch’s vision and dream of giving something in return to the region and cuisine which have helped shape him.

Syttende is Jesper Koch’s vision and dream of giving something in return to the region and cuisine which have helped shape him. After having worked for an impressive array of restaurants in Denmark and abroad, including a number of Michelin two-star and three-star restaurants, and having founded a number of restaurants in the Aarhus area, this South Jutland chef has come home. To South Jutland. To Syttende. To something brand-new, inspired, age-old insight into the cookery craft. To a luxurious setting where gastronomy and hand-picked produce from every corner of the world are elevated to new heights. To a new restaurant that does not intend to follow modern trends – but to set them.

Jesper Koch has brought Peter Rødsgaard back to Denmark after many years abroad at world-renowned Michelin-starred restaurants. Peter brings his passion for the ingredients he uses to compose his dishes, together with his skilled creative aesthetic and keen attention to detail and along with Jesper, the two creative forces form the essence of Syttende. 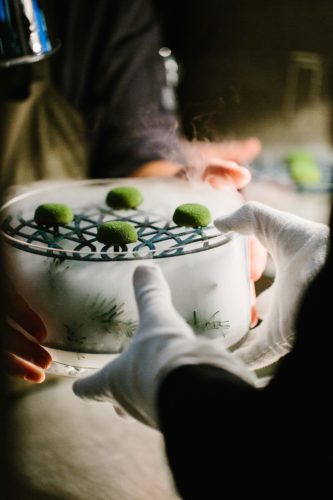 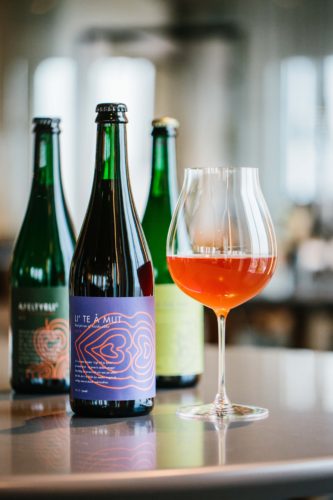 Peter is constantly on the hunt for the very best ingredients and travels across Southern Jutland all year round in search of new quality ingredients. Peter has many favourite spots. Along Sønderborg’s 250 km of curving coastline, he collects ingredients such as sea buckthorn and rose hips. The forest yields such delicacies as porcini and chanterelle mushrooms, along with spruce and birch sap, while the old hedgerows are Peter’s favourite spot to find wild berries, elderberries and fruit.

Peter enjoys the close dialogue with Syttende’s many small suppliers. When the first crops of the season are being tasted, or a whole new season is being planned, you’ll typically find Peter in his wellies, waking around the many local fields and plantations in the company of local farmers. There is plenty of time to talk about the vegetables and the wide range of varieties and flavours. Many of the local farms have been in the same family for generations and Peter is both thrilled and inspired by the old family ways of drying, pickling and ageing products. But Peter finds the most joy in getting his hands dirty in the Southern Jutland soil, when picking fresh vegetables from the soil.

Syttende is Jesper’s vision, and together with Peter, they have developed and refined every detail of Syttende’s restaurant and kitchen. The two chefs share the same sky-high ambitions and both are characterised by a total inability to compromise on quality and flavour. 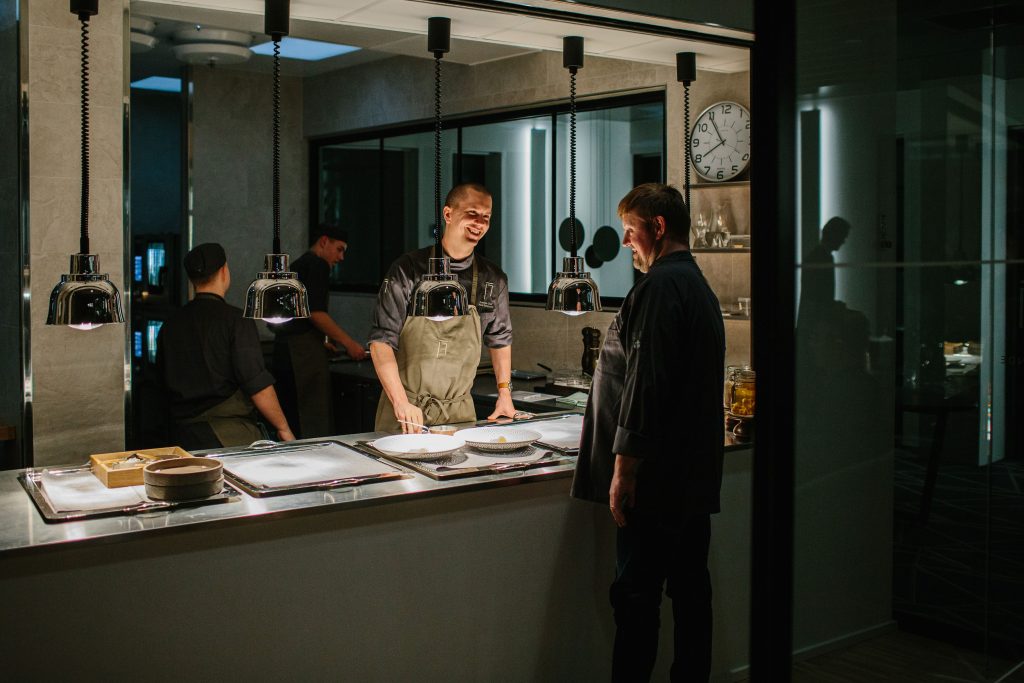 Peter’s great passion is vegetables and modern vegetarian cuisine; a passion that interacts with Jesper’s love of tradition and classic cuisine and shapes Syttende’s menu. Jesper and Peter, who each represent their generation, bring tradition and innovation together, while allowing the ingredients to set the stage.

The restaurant itself also bears the stamp of this fine interaction. Jesper and Peter have selected and developed the restaurant’s custom-designed furnishings, as well as designing many of the small details. One example of this is the simple and rather characteristic cutlery holder, which is inspired by King Christian X’s Bridge, which crosses the Alssund strait located just outside Syttende.